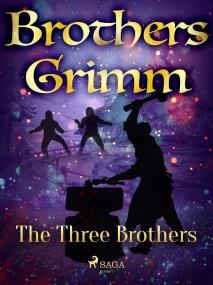 by Brothers Grimm
An old father is ready to give his house to one of his three sons. Who will it be? He will decide based not only on the trade they learn but also on how excellent they perform it. The first son becomes a barber. The second is a blacksmith. The third learns fencing. Which trade is the most impressive for you? Who will inherit the house? Find out in "The Three Brothers".

Brothers Grimm are probably the best-known storytellers in the world. Some of their most popular fairy tales are "Cinderella", "Beauty and the Beast" and "Little Red Riding Hood" and there is hardly anybody who has not grown up with the adventures of Hansel and Gretel, Rapunzel and Snow White.

Jacob and Wilhelm Grimm’s exceptional literature legacy consists of recorded German and European folktales and legends. Their collections have been translated into all European languages in their lifetime and into every living language today.


Children and adults alike, immerse yourselves into Grimm’s world of folktales and legends! Come, discover the little-known tales and treasured classics in this collection of 210 fairy tales.