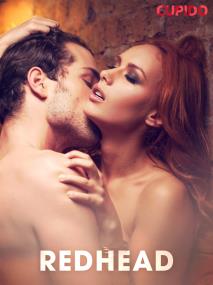 by Cupido
The young couple. The first time. Daring flirtations. The secret, forbidden meeting. The young student and the teacher. The older gentleman and the innocent virgin. You, me and a friend.

"He hoped her bush was red. She wanted to do it in front of the mirror." – Working The Pipes by The Smith from Slagelse

"Katinka was a redhead, and her hair was long, curly and dark red. It was probably dyed with henna." – Dear Kristoffer? by Niels-E

"He had a weakness for redheads. He liked it even more if they were mouthy." – Red Summer by Kurt, Copenhagen

"She had red hair and freckles, and she wondered if he’d lost his condoms." – Flaming Lovemaking by Per, Odense