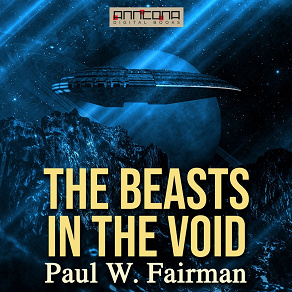 The Beasts in the Void

The Beasts in the Void is a science fiction short story by Paul W Fairman.

Holloway was used to big game hunters and their expeditions to other worlds. But this trip was sheer madness---

There had been some trouble, Mason recalled, in clearing Holloway's first cruise. A party of five. Not to any established hunting ground but a D. U. thing. Destination Unknown, and they were always trouble.

Clearance had been made, though, and now--here was Holloway back again--dramatically of course--with one of his party dead and the other four in trance-like stupors. Strange.

Paul Warren Fairman (1916-1977) was an editor and writer in a variety of genres under his own name and under pseudonyms. In 1952, he was the founding editor of If, but only edited four issues. In 1955, he became the editor of Amazing Stories and Fantastic. He held that dual position until 1958. His science fiction short stories "Deadly City" and "The Cosmic Frame" were made into motion pictures.