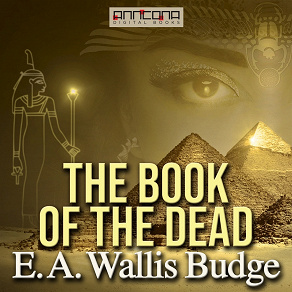 The Book of the Dead

by E. A. Wallis Budge

The Book of the Dead, or The Book of Coming Forth by Day, is an ancient Egyptian text consisting of spells to protect the soul on its journey to Duat, or Afterlife.

The Book of the Dead, which was placed in the coffin or burial chamber of the deceased, was part of a tradition of funerary texts which includes the earlier Pyramid Texts and Coffin Texts, which were painted onto objects, not written on papyrus. Some of the spells included in the book were drawn from these older works and date to the 3rd millennium BCE. Other spells were composed later in Egyptian history (11th to 7th centuries BCE). A number of the spells which make up the Book continued to be separately inscribed on tomb walls and sarcophagi, as the spells from which they originated always had been.

There was no single or canonical Book of the Dead. The surviving papyri contain a varying selection of religious and magical texts and vary considerably in their illustration. Some people seem to have commissioned their own copies of the Book of the Dead, perhaps choosing the spells they thought most vital in their own progression to the afterlife. The Book of the Dead was most commonly written in hieroglyphic or hieratic script on a papyrus scroll, and often illustrated with vignettes depicting the deceased and their journey into the afterlife.

The Book of the Dead was originally published in 1895. Reading by Jim Locke, total running time 16 hours, 15 min.

E. A. Wallis Budge (1857-1934) was an English Egyptologist, Orientalist, and philologist who worked for the British Museum and published numerous works on Egyptology, helping to bring the findings to larger audiences.