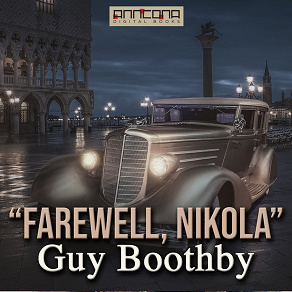 “Farewell, Nikola” is the last (the 5th) of Guy Boothby’s novels about the mysterious Dr Nikola, an occultist anti-hero seeking immortality and world domination.

This, the last of Boothby's five Dr. Nikola novels, is set in Venice, Italy. Nikola tells the story of his sad life, demonstrates his mystic ability to enable people to experience themselves in another place and time, transforms a man into being a beast, and departs from his palace in Venice, which has a bloody history, but he remains in the minds of those who met him.