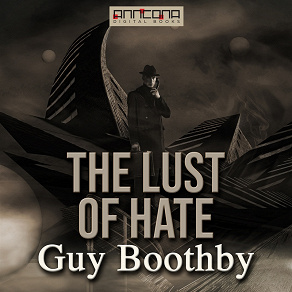 The Lust of Hate

The Lust of Hate is the third of Guy Boothby’s novels about the mysterious Dr Nikola, an occultist anti-hero seeking immortality and world domination.

In this the third of Boothby's Dr. Nikola novels, Nikola applies his almost hypnotic persuasion to convince an out-of-luck Australian, formerly from England, named Gilbert Pennethorne to assist Nikola unwittingly in an evil scheme.

Nikola takes advantage of Pennethorne's intense desire for revenge against a former boss in Australia who stole information about the location of a gold field that would have made Pennethorne immensely wealthy. Using that information, the boss made himself rich, living a high life in London, while Pennethorne remained penniless.

Nikola contrives a plan and a device for Pennethorne to commit the perfect murder of the wealthy thief. Unknowingly, Pennethorne thus becomes a party to another one of Nikola's insidious schemes.