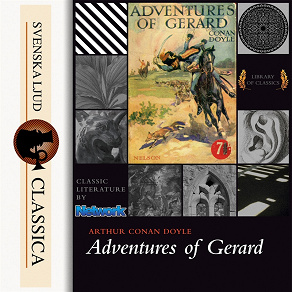 by Arthur Conan Doyle
These lesser known stories were penned by Conan Doyle during the period between killing off Sherlock Holmes in 1893 and reluctantly resurrecting him some ten years later. The swashbuckling, eponymous hero, Etienne Gerard, is one of Napoleon's gallant French Hussars, who considers himself the finest of them all. Through these "Boys Own Adventures", Conan Doyle pokes gentle fun at both the French and the English. This is the second volume containing eight adventures.
Listen to sample
Log in to borrow