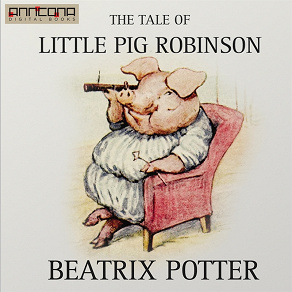 The Tale of Little Pig Robinson

The Tale of Little Pig Robinson is a children's book written and illustrated by Beatrix Potter and first published simultaneously in Britain and in America in September 1930.  The tale is the story of the pig in Edward Lear's "The Owl and the Pussycat" and how he came to "the land where the Bong tree grows".

Potter spent a holiday in Lyme Regis when she was seventeen, and used views of Lyme Regis, nearby Sidmouth, Ilfracombe, Hastings, and Teignmouth Harbour as backgrounds in the book. Though her last published book, it was one of the first written.

Helen Beatrix Potter (1866-1943) was an English author, illustrator, natural scientist and conservationist best known for her imaginative children's books, featuring animals such as those in The Tale of Peter Rabbit, which celebrated the British landscape and country life.

Potter published over 23 books: the best known are those written between 1902 and 1922. She died of pneumonia and heart disease on 22 December 1943 at her home in Near Sawrey (Lancashire) at age 77, leaving almost all her property to the National Trust. She is credited with preserving much of the land that now comprises the Lake District National Park.

Potter's books continue to sell throughout the world, in many languages. Her stories have been retold in song, film, ballet and animation.