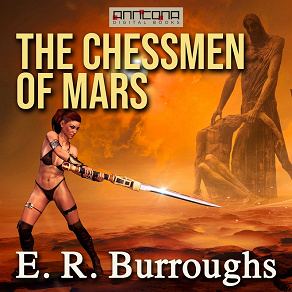 The Chessmen of Mars

The Chessmen of Mars is a science-fiction novel by E. R. Burroughs.

In the fifth book in the Barsoom series, Tara of Helium, daughter of John Carter, becomes lost in an unknown area of Mars when her single-seat flier is caught in a rare Martian hurricane.

Tara is first captured by the bizarre and hideous Kaldanes, then the brutal Manatorians, where she is the prize in a tournament of Martian chess, jetan, that is played by live game pieces, and to the death!

This is the fifth novel in Burrough’s Barsoom series where John Carter in the late 1800s is mysteriously transported from Earth to a Mars. Audio read by Mark Nelson, running time 4 hours, 59 min. Also available as ePUB, 88 300 words, average reading time 7 hours.