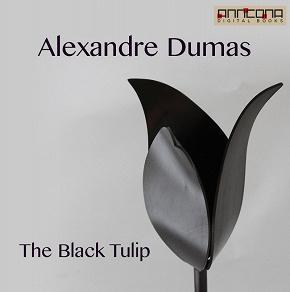 The story begins with a historical event, the 1672 lynching of the Dutch Grand Pensionary (roughly equivalent to a modern Prime Minister) Johan de Witt and his brother Cornelis, by a wild mob of their own countrymen, considered by many as one of the most painful episodes in Dutch history, described by Dumas with a dramatic intensity.

The main plot line, involving fictional characters, takes place in the following eighteen months; only gradually does the reader understand its connection with the killing of the de Witt brothers.

The city of Haarlem, Netherlands, has set a prize of 100,000 guilders to the person who can grow a black tulip, sparking competition between the country's best gardeners to win the money, honour and fame. Only the city's oldest citizens remember the Tulip Mania thirty years prior, and the citizens throw themselves into the competition. The young and bourgeois Cornelius van Baerle has almost succeeded but is suddenly thrown into the Loevestein prison. . .

Alexandre Dumas (1802-1870), also known as Alexandre Dumas, père, was a French writer, best known for his historical novels of high adventure. Translated into nearly 100 languages, these have made him one of the most widely read French authors in the world. Many of his novels, including The Count of Monte Cristo, The Three Musketeers, Twenty Years After, and The Vicomte de Bragelonne: Ten Years Later were originally published as serials. His novels have been adapted since the early twentieth century for nearly 200 films.
Listen to sample
Log in to borrow