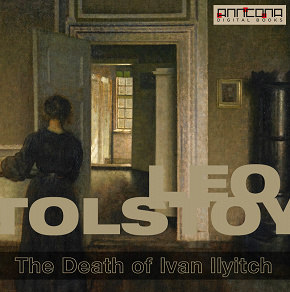 The Death of Ivan Ilyitch

by Leo Tolstoy
The Death of Ivan Ilyitch, first published in 1886, is a novella by Leo Tolstoy, one of the masterpieces of his late fiction, written shortly after his religious conversion of the late 1870s.

The novella tells the story of the death, at age 45, of a high-court judge in 19th-century Russia. Living what seems to be a good life, his dreadful relationship with his wife notwithstanding, Ivan Ilyich Golovin injures his side while hanging up curtains in a new apartment intended to reflect his family's superior status in society. Within weeks, he has developed a strange taste in his mouth and a pain that will not go away. Several expensive doctors are consulted, but beyond muttering about blind gut and floating kidneys, they can neither explain nor treat his condition, and it soon becomes clear that Ivan Ilyich is dying.

The second half of the narrative records his terror as he battles with the idea of his own death. "I have been here. Now I am going there. Where? ... No, I won't have it!" Oppressed by the length of the process, his wife, daughter, colleagues, and even the physicians, decide in the end not to speak of it, but advise him to stay calm and follow doctors' orders, leaving him to wrestle with how this terrible thing could befall a man who had lived so well.

He spends his last three days screaming. He realizes he is "done for, there was no way back, the end was here, the absolute end ..." One hour before his death, in a moment of clarity, he sees that he has not, after all, lived well, but has lived only for himself. After months of dwelling on his own anguish, he suddenly feels pity for the people he's leaving behind, and hopes his death will set them free. With that thought, his pain disappears. He hears someone say, "He's gone." He whispers to himself, "Death has gone," and draws his last breath.

Count Lev Nikolayevich Tolstoy; (1828-1910), also known as Leo Tolstoy, was a Russian writer who primarily wrote novels and short stories. Tolstoy was a master of realistic fiction and is widely considered one of the world's greatest novelists. He is best known for two long novels, War and Peace (1869) and Anna Karenina (1877).

Tolstoy is one of the giants of Russian literature. His contemporaries paid him lofty tributes. Fyodor Dostoyevsky thought him the greatest of all living novelists. Later critics and novelists continue to bear testament to Tolstoy's art. Virginia Woolf declared him the greatest of all novelists. James Joyce noted that, "He is never dull, never stupid, never tired, never pedantic, never theatrical!". Thomas Mann wrote of Tolstoy's seemingly guileless artistry: "Seldom did art work so much like nature".
Listen to sample
Log in to borrow