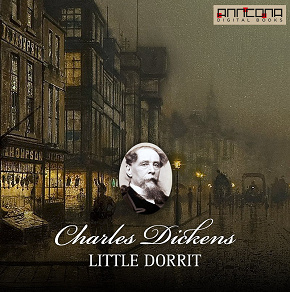 by Charles Dickens
Little Dorrit is a serial novel by Charles Dickens, originally published between 1855 and 1857. It is a work of satire on the shortcomings of the government and society of the period. Much of Dickens's ire is focused upon the institutions of debtors' prisons, in which people who owed money were imprisoned, unable to work, until they repaid their debts. The representative prison in this case is the Marshalsea, where the author's own father had been imprisoned. Most of Dickens's other critiques in this particular novel concern the social safety net; industry and the treatment and safety of workers; the bureaucracy of the British Treasury and the separation of people based on the lack of interaction between the classes.

The novel begins in Marseilles "thirty years ago" (i.e., c. 1826), with the notorious murderer Rigaud telling his cell mate how he killed his wife. Arthur Clennam is returning to London to see his mother after the death of his father, with whom he had lived for twenty years in China. On his deathbed, his father had given him a mysterious watch murmuring "Your mother," which Arthur naturally assumed was intended for Mrs. Clennam, whom he and everyone else believed to be his mother…