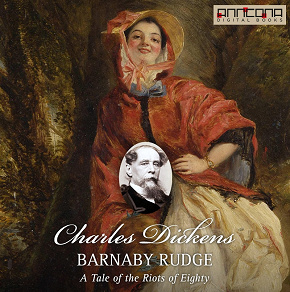 Gathered round the fire at the Maypole Inn, in the village of Chigwell, on an evening of foul weather in the year 1775, are John Willet, proprietor of the Maypole, and his three cronies. One of the three, Solomon Daisy, tells a stranger at the inn a well-known local tale of the murder of Reuben Haredale which had occurred 22 years ago that very day. Reuben had been the owner of the Warren, a local estate which is now the residence of Geoffrey, the deceased Reuben's brother, and Geoffrey's niece, Reuben's daughter Emma Haredale. After the murder, Reuben's gardener and steward went missing and were suspects in the crime. A body was later found and identified as that of the steward, so that the gardener was assumed to be the murderer…

Barnaby Rudge was Dickens' first historical novel (his only other being the much later A Tale of Two Cities, also set in revolutionary times).