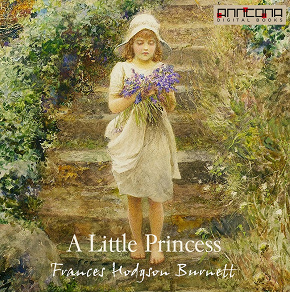 The novel tells of the troubles of a wealthy young girl, Sara Crewe, who is sent to an oppressive London boarding school during her father’s campaign in India. Thanks to Capt. Crewe’s money, Sara is treated as a little princess until, one day, word comes of her father’s tragic death.

Miss Minchin, the school’s greedy headmistress, wastes no time in putting the now-penniless Sara to work for her room and board. It is only through the friendship of two other girls, her own resolute nature, and some astonishing luck that Sara eventually finds her way back to happiness.

Based on a 2007 online poll, the National Education Association named the book one of its "Teachers' Top 100 Books for Children." It was one of the "Top 100 Chapter Books" of all time in a 2012 poll by School Library Journal.

Frances Eliza Hodgson Burnett (1849-1924) was an English-American playwright and author. She is best known for her children's stories, in particular Little Lord Fauntleroy (published in 1885), A Little Princess (1905), and The Secret Garden (1911).
Listen to sample
Log in to borrow