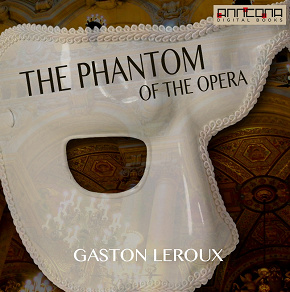 The Phantom of the Opera

The novel is about a charismatic (but mentally ill) man with a devilishly deformed face, but a voice like an angel. He has his secret hide-away at a lake under the opera L’Opera Garnier in Paris. At the opera he terrorizes the actors, but adores and stalks the beautiful choir singer Christine.

Eventually he kidnaps Christine and forces a young nobleman, Vicomte Raoul de Chagny to start the chase for her rescue.

The novel is partly inspired by historical events at the Paris Opera during the nineteenth century and an apocryphal tale concerning the use of a former ballet pupil's skeleton in one of the Paris Opera's productions.

The Phantom of the Opera was first published as a serialisation in Le Gaulois from September 23, 1909 to January 8, 1910. It was published in book form in 1910.

Nowadays, the novel is overshadowed by the success of its various stage and film adaptations. The most notable of these are the 1925 film depiction featuring Lon Chaney, Sr and Andrew Lloyd Webber's 1986 musical.

Gaston Louis Alfred Leroux (1868-1927) was a French journalist and author of detective fiction.

In the English-speaking world, he is best known for writing the novel The Phantom of the Opera. His novel The Mystery of the Yellow Room is also one of the most famous locked room mysteries ever written.
Listen to sample
Log in to borrow