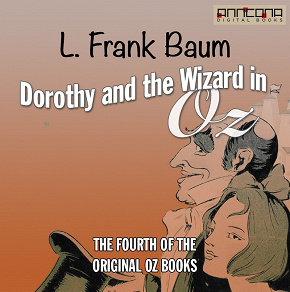 Dorothy and the Wizard in Oz

by L. Frank Baum
Dorothy and the Wizard in Oz is the fourth book set in the Land of Oz written by L. Frank Baum and illustrated by John R. Neill. It was published on June 18, 1908 and reunites Dorothy with the humbug Wizard from The Wonderful Wizard of Oz.

Baum, having resigned himself to writing a series of Oz books, set up elements of this book in the prior Ozma of Oz. He was not entirely pleased with this, as the introduction to Dorothy and the Wizard of Oz opens with the protest that he knows many tales of many lands, and hoped that children would permit him to tell them those tales.

Written shortly after the 1906 San Francisco earthquake and around the time Baum moved to California, the book starts with an earthquake in California. Dorothy and others are swallowed up by cracks in the earth, and fall into an underground cavern, where begin their adventures.

Very little of the story, six of the twenty chapters, actually takes place in Oz. As in Ozma of Oz before it, and in some of the books after, Oz is not the land where the adventures take place, but the land the characters are seeking as a refuge from adventure.

The Oz books form a book series that begins with The Wonderful Wizard of Oz (1900) and relate the fictional history of the Land of Oz. L. Frank Baum went on to write fourteen full-length Oz books. Even while he was alive, Baum was styled as "the Royal Historian of Oz" to emphasize the concept that Oz is an actual place. The illusion created was that characters such as Dorothy and Princess Ozma related their adventures in Oz to Baum themselves, by means of wireless telegraph.

Lyman "L." Frank Baum (1856-1919) was an American author of children's books, best known for writing The Wonderful Wizard of Oz. He wrote thirteen novel sequels, nine other fantasy novels, and a host of other works (55 novels in total, plus four "lost" novels, 83 short stories, over 200 poems, an unknown number of scripts, and many miscellaneous writings), and made numerous attempts to bring his works to the stage and screen. His works anticipated such century-later commonplaces as television, augmented reality, laptop computers (The Master Key), wireless telephones (Tik-Tok of Oz), women in high risk, action-heavy occupations (Mary Louise in the Country), and the ubiquity of advertising on clothing (Aunt Jane's Nieces at Work).

Baum's avowed intentions with the Oz books, and other fairy tales, was to tell such tales as the Brothers Grimm and Hans Christian Andersen told, making them American and bringing them up to date by making the characters not stereotypical dwarfs or genies, and by removing both the violence and the moral to which the violence was to point. Although the first books contained a fair amount of violence, it decreased with the series; in The Emerald City of Oz, Ozma objected to doing violence even to the Nomes who threaten Oz with invasion. His introduction is often cited as the beginnings of the sanitization of children's stories, although he did not do a great deal more than eliminate harsh moral lessons. His stories still include decapitations, eye removals, maimings of all kinds, and other violent acts, but the tone is very different from Grimm or Andersen.