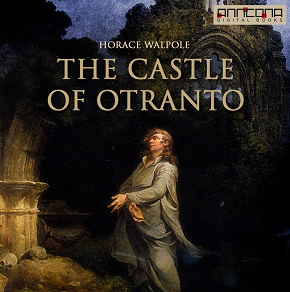 The Castle of Otranto

by Horace Walpole
The Castle of Otranto is a 1764 novel by Horace Walpole. It is generally regarded as the first gothic novel, initiating a literary genre which would become extremely popular in the later 18th century and early 19th century. Thus, Walpole, by extension, is arguably the forerunner to such authors as Charles Maturin, Ann Radcliffe, Bram Stoker, Edgar Allan Poe and Daphne du Maurier.

Horatio Walpole, 4th Earl of Orford (1717-1797) was an English art historian, man of letters, antiquarian and Whig politician. He is now largely remembered for Strawberry Hill, the home he built in Twickenham, south-west London, where he revived the Gothic style some decades before his Victorian successors, and for his Gothic novel, The Castle of Otranto. Along with the book, his literary reputation rests on his Letters, which are of significant social and political interest.
Listen to sample
Log in to borrow